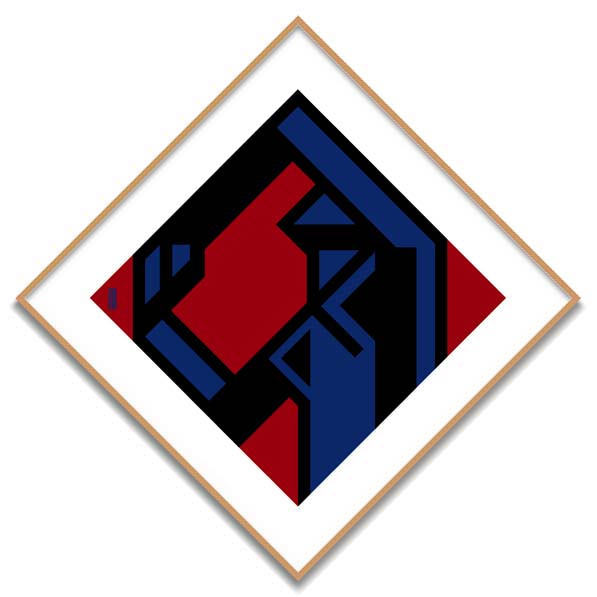 Bob Kessel’s picture “INVOCATION” is based on the works of Auguste Rodin. These pictures and many others, can be purchased as signed and numbered limited edition original fine art prints. Contact Bob Kessel for prices and availability. 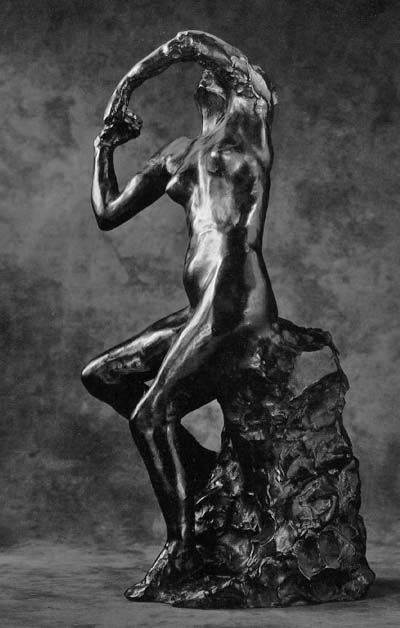 Rodin was a naturalist, less concerned with monumental expression than with character and emotion. Departing with centuries of tradition, he turned away from the idealism of the Greeks, and the decorative beauty of the Baroque and neo-Baroque movements. His sculpture emphasized the individual and the concreteness of flesh, and suggested emotion through detailed, textured surfaces, and the interplay of light and shadow. To a greater degree than his contemporaries, Rodin believed that an individual’s character was revealed by his physical features.

Rodin’s talent for surface modeling allowed him to let every part of the body speak for the whole. Rodin illuminated his aesthetic:

“What makes my Thinker think is that he thinks not only with his brain, with his knitted brow, his distended nostrils and compressed lips, but with every muscle of his arms, back, and legs, with his clenched fist and gripping toes.”
-Auguste Rodin 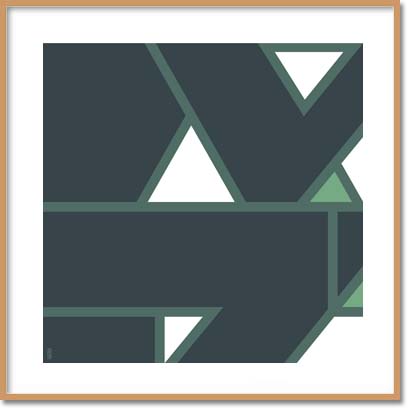 THE THINKER by Bob Kessel
after Auguste Rodin

THE THINKER by Auguste Rodin

THE THINKER by Rodin

THE THINKER by Bob Kessel

The Thinker (French: Le Penseur) is a bronze and marble sculpture by Auguste Rodin held in the Musée Rodin in Paris, France. It depicts a man in sober meditation battling with a powerful internal struggle. It is often used to represent philosophy.

Originally named The Poet, the piece was part of a commission by the Musée des Arts Décoratifs, Paris to create a monumental portal to act as the door of the museum. Rodin based his theme on The Divine Comedy of Dante and entitled the portal The Gates of Hell. Each of the statues in the piece represented one of the main characters in the epic poem. The Thinker was originally meant to depict Dante in front of the Gates of Hell, pondering his great poem. (In the final sculpture, a miniature of the statue sits atop the gates, pondering the hellish fate of those beneath him.) The sculpture is nude, as Rodin wanted a heroic figure in the tradition of Michelangelo, to represent intellect as well as poetry.

Rodin made a first small plaster version around 1880. The first large-scale bronze cast was finished in 1902, but not presented to the public until 1904. It became the property of the city of Paris – thanks to a subscription organized by Rodin admirers – and was put in front of the Panthéon in 1906. In 1922, it was moved to the Hôtel Biron, which was transformed into a Rodin Museum.

More than any other Rodin sculpture, The Thinker moved into the popular imagination as an immediately recognizable icon of intellectual activity; consequently, it has been subject to endless satirical use. This started in Rodin’s lifetime.

“THE THINKER” by Bob Kessel, can be purchased as a signed and numbered limited edition original fine art print. Contact Bob Kessel for prices and availability.