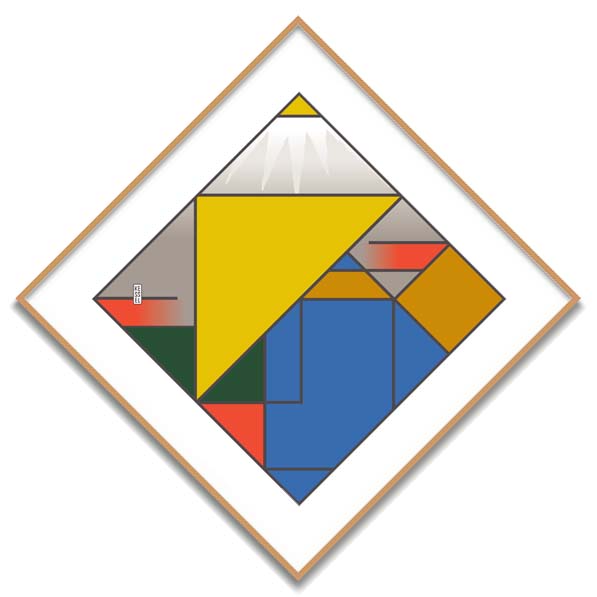 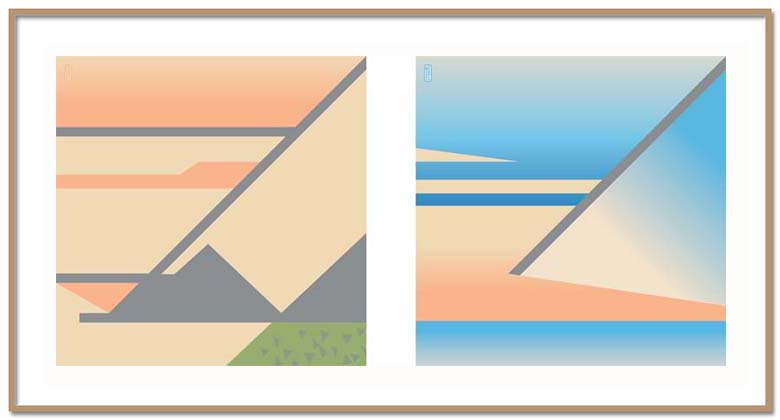 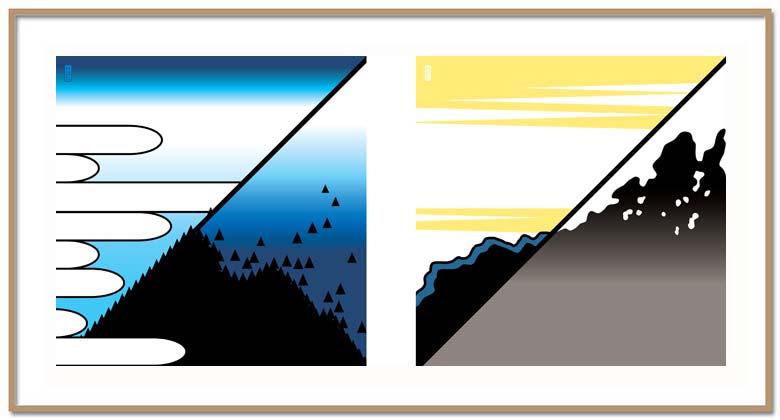 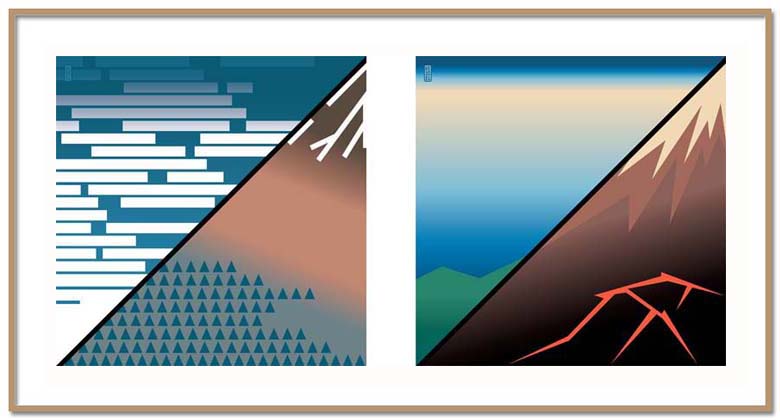 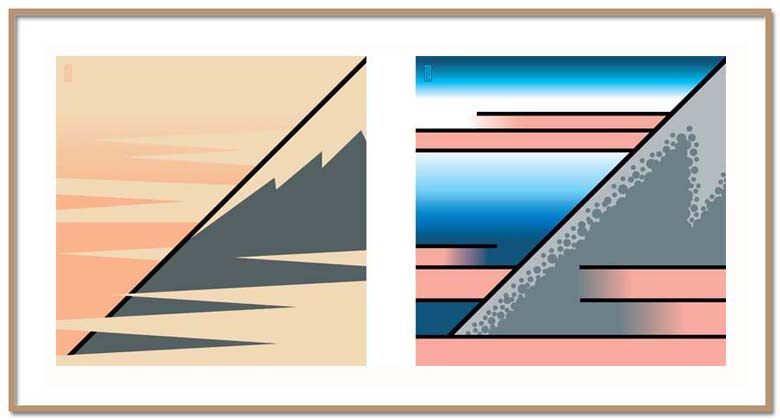 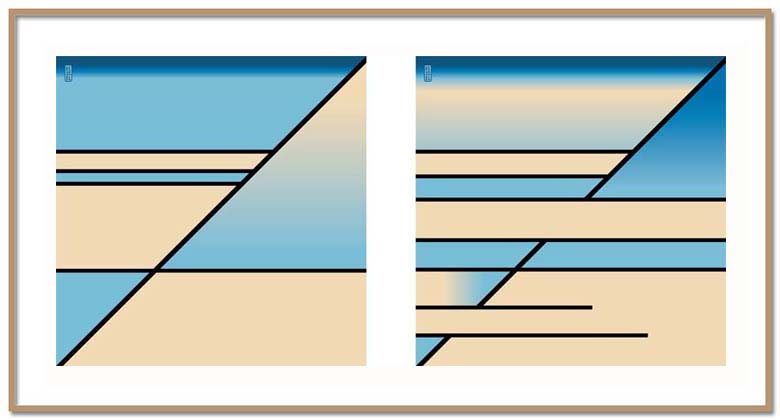 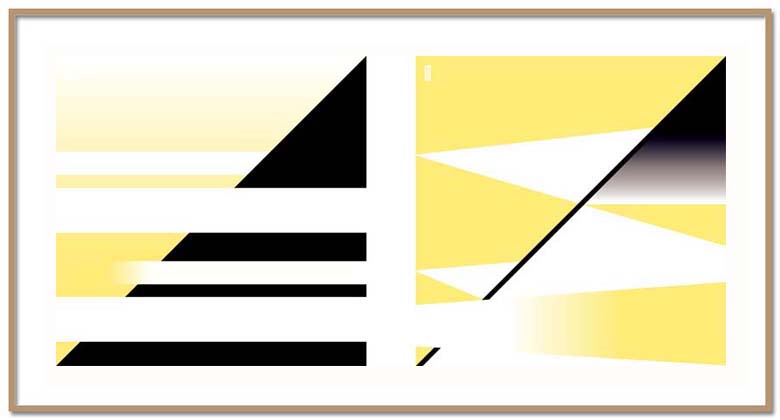 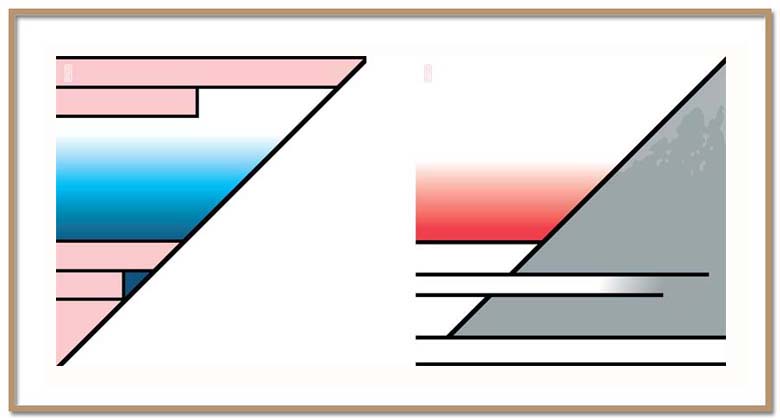 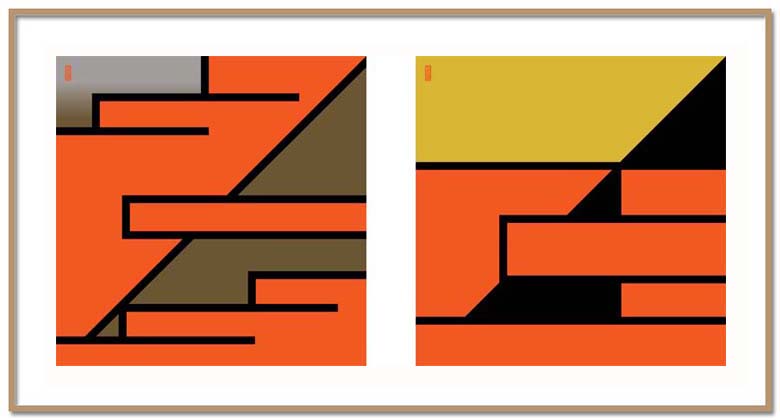 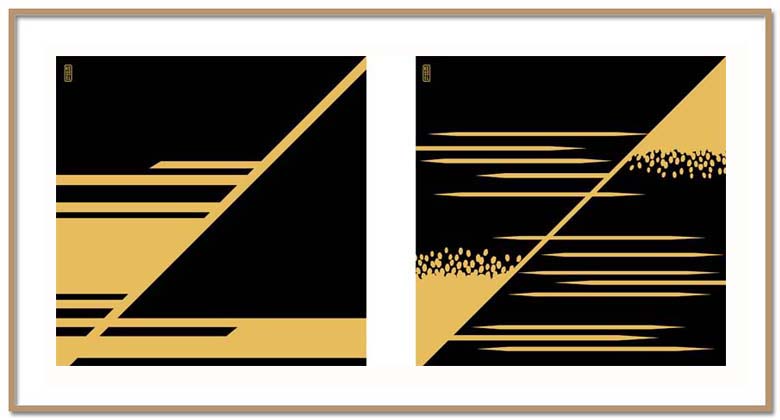 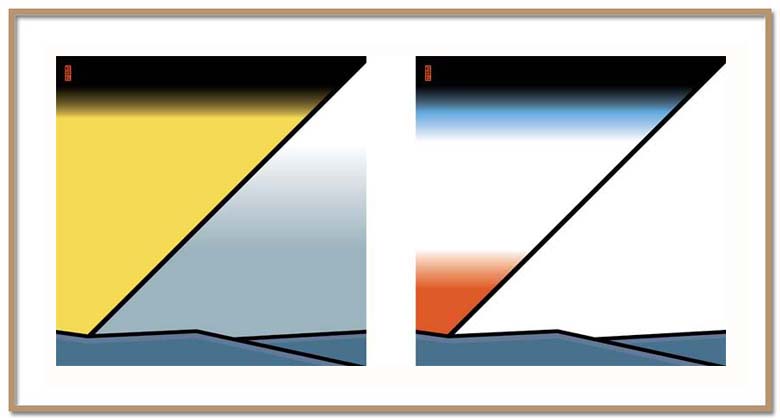 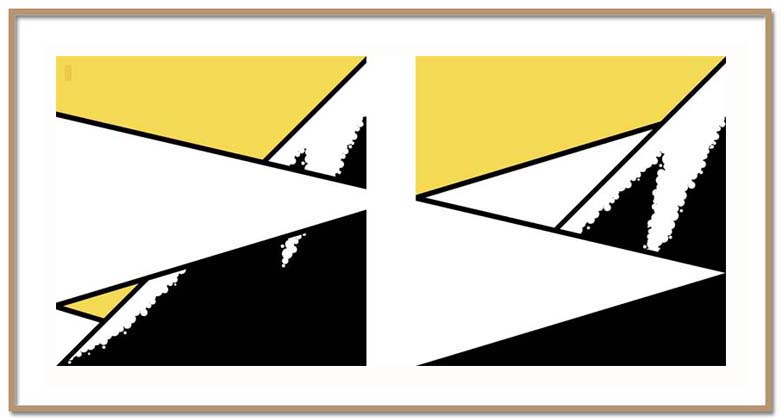 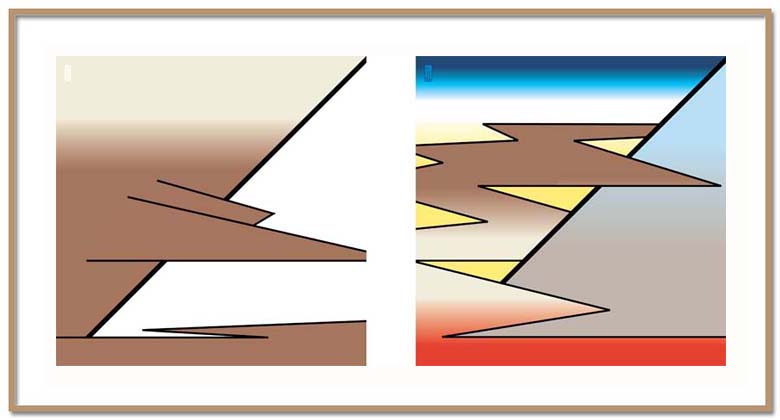 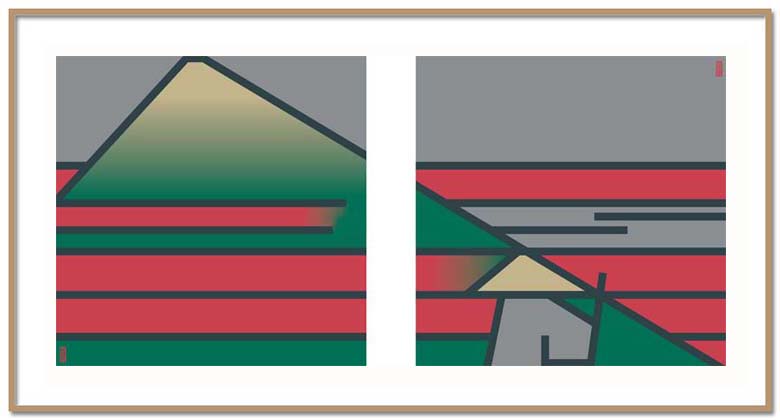 Katsushika Hokusai (葛飾北斎,  1760–1849 was a Japanese artist, ukiyo-e painter and printmaker of the Edo period. Born in Edo (now Tokyo), Hokusai is best-known as author of the woodblock print series Thirty-six Views of Mount Fuji (富嶽三十六景, c. 1831) which includes the iconic and internationally recognized print, The Great Wave off Kanagawa, created during the 1820s. Hokusai created the “Thirty-Six Views” both as a response to a domestic travel boom and as part of a personal obsession with Mount Fuji. It was this series, specifically The Great Wave print and Fuji in Clear Weather, that secured Hokusai’s fame both within Japan and overseas. As historian Richard Lane concludes, “Indeed, if there is one work that made Hokusai’s name, both in Japan and abroad, it must be this monumental print-series…” While Hokusai’s work prior to this series is certainly important, it was not until this series that he gained broad recognition and left a lasting impact on the art world. It was also The Great Wave print that initially received, and continues to receive, acclaim and popularity in the Western world. 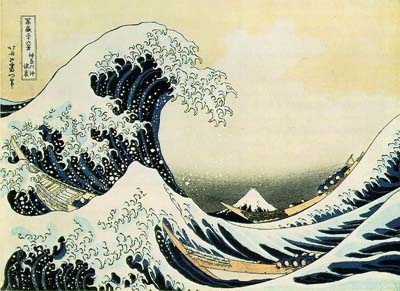 By 1800, Hokusai was further developing his use of ukiyo-e for purposes other than portraiture. He had also adopted the name he would most widely be known by, Katsushika Hokusai, the former name referring to the part of Edo where he was born and the latter meaning, ‘north studio’. That year, he published two collections of landscapes, Famous Sights of the Eastern Capital and Eight Views of Edo. He also began to attract students of his own, eventually teaching 50 pupils over the course of his life.

He became increasingly famous over the next decade, both due to his artwork and his talent for self-promotion. During a Tokyo festival in 1804, he created a portrait of the Buddhist priest Daruma said to be 600 feet (180 m) long using a broom and buckets full of ink. Another story places him in the court of the Shogun Iyenari, invited there to compete with another artist who practiced more traditional brush stroke painting. Hokusai’s painting, created in front of the Shogun, consisted of painting a blue curve on paper, then chasing a chicken across it whose feet had been dipped in red paint. He described the painting to the Shogun as a landscape showing the Tatsuta River with red maple leaves floating in it, winning the competition.

In 1820, Hokusai changed his name yet again, this time to “Iitsu,” a change which marked the start of a period in which he secured fame as an artist throughout Japan (though, given Japan’s isolation from the outside world during his lifetime, his fame overseas came after his death). It was during the 1820s that Hokusai reached the peak of his career. His most famous work, 36 Views of Mount Fuji, including the famous Great Wave off Kanagawa, dated from this period. It proved so popular that Hokusai later added ten more prints to the series. Among the other popular series of prints he published during this time are A Tour of the Waterfalls of the Provinces and Unusual Views of Celebrated Bridges in the Provinces. He also began producing a number of detailed individual images of flowers and birds, including the extraordinarily detailed Poppies and Flock of Chickens.

The next period, beginning in 1834, saw Hokusai working under the name “Gakyō Rōjin Manji” (The Old Man Mad About Art). It was at this time that Hokusai produced One Hundred Views of Mount Fuji, another significant landscape series.

In the postscript to this work, Hokusai writes:

“From around the age of six,
I had the habit of sketching from life.
I became an artist,
and from fifty on began producing works that won some reputation,
but nothing I did before the age of seventy was worthy of attention.
At seventy-three, I began to grasp the structures of birds and beasts,
insects and fish, and of the way plants grow.
If I go on trying,
I will surely understand them still better by the time I am eighty-six,
so that by ninety I will have penetrated to their essential nature.
At one hundred, I may well have a positively divine understanding of them,
while at one hundred and thirty, forty, or more I will have reached the
stage where every dot and every stroke I paint will be alive.
May Heaven, that grants long life,
give me the chance to prove that this is no lie.”

In 1839, disaster struck as a fire destroyed Hokusai’s studio and much of his work. By this time, his career was beginning to wane as younger artists such as Andō Hiroshige became increasingly popular. But Hokusai never stopped painting, and completed Ducks in a Stream at the age of 87.

Constantly seeking to produce better work, he apparently exclaimed on his deathbed,

“If only Heaven will give me just another ten years…
Just another five more years,
then I could become a real painter.”

A short four years after Hokusai’s death, an American fleet led by Matthew C. Perry sailed into Tokyo Bay and forced Japan to open its arms to the west. Hokusai’s career spanned the last age of Japanese history before its interaction with the west would change the course of the nation. 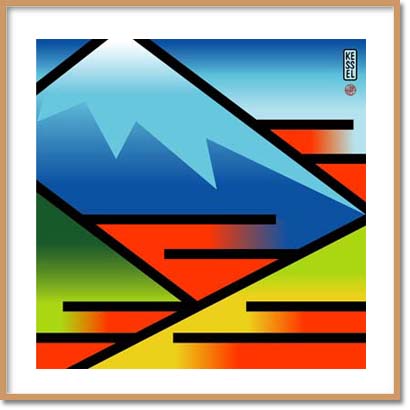 Ukiyo-e (浮世絵), “pictures of the floating world”, is a genre of Japanese woodblock prints (or woodcuts) and paintings produced between the 17th and the 20th centuries, featuring motifs of landscapes, tales from history, the theatre, and pleasure quarters. It is the main artistic genre of woodblock printing in Japan.

Usually the word ukiyo is literally translated as “floating world” in English, referring to a conception of an evanescent world, impermanent, fleeting beauty and a realm of entertainments (kabuki, courtesans, geisha) divorced from the responsibilities of the mundane, everyday world; “pictures of the floating world”, i.e. ukiyo-e, are considered a genre unto themselves.

The art form rose to great popularity in the metropolitan culture of Edo (Tokyo) during the second half of the 17th century, originating with the single-color works of Hishikawa Moronobu in the 1670s. At first, only India ink was used, then some prints were manually colored with a brush, but in the 18th century Suzuki Harunobu developed the technique of polychrome printing to produce nishiki-e.

Ukiyo-e were affordable because they could be mass-produced. They were mainly meant for townsmen, who were generally not wealthy enough to afford an original painting. The original subject of ukiyo-e was city life, in particular activities and scenes from the entertainment district. Beautiful courtesans, bulky sumo wrestlers and popular actors would be portrayed while engaged in appealing activities. Later on landscapes also became popular. Political subjects, and individuals above the lowest strata of society (courtesans, wrestlers and actors) were not sanctioned in these prints and very rarely appeared. Sex was not a sanctioned subject either, but continually appeared in ukiyo-e prints. Artists and publishers were sometimes punished for creating these sexually explicit shunga.