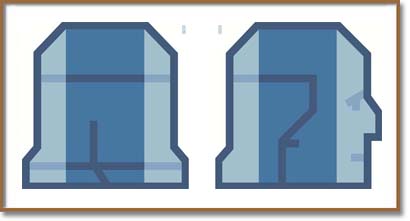 Benjamin Franklin (1705 – 1790) was one of the Founding Fathers of the United States of America. A noted polymath, Franklin was a leading author and printer, satirist, political theorist, politician, scientist, inventor, civic activist, statesman, and diplomat. As a scientist, he was a major figure in the Enlightenment and the history of physics for his discoveries and theories regarding electricity. He invented the lightning rod, bifocals, the Franklin stove, a carriage odometer, and the glass ‘armonica’. He formed both the first public lending library in America and first fire department in Pennsylvania. He was an early proponent of colonial unity, and as a political writer and activist he supported the idea of an American nation. As a diplomat during the American Revolution he secured the French alliance that helped to make independence of the United States possible.

“He that is conscious of A Stink in his Breeches,
is jealous of every Wrinkle in another’s Nose.”

Bob Kessel has created an art series titled “American Icons” featuring a portrait of Charles Bukowski. Appropriately, Buk is shown drinking a bottle of beer. This picture is available as a limited edition art print. Contact Bob Kessel for pricing and availability.

BEER
from: Love is A Mad Dog From Hell
by Charles Bukowski

the female is durable
she lives seven and one half years longer
than the male, and she drinks very little beer
because she knows its bad for the figure.

well, there’s beer
sacks and sacks of empty beer bottles
and when you pick one up
the bottle fall through the wet bottom
of the paper sack
rolling
clanking
spilling gray wet ash
and stale beer,
or the sacks fall over at 4 a.m.
in the morning
making the only sound in your life.

beer
rivers and seas of beer
the radio singing love songs
as the phone remains silent
and the walls stand
straight up and down
and beer is all there is.