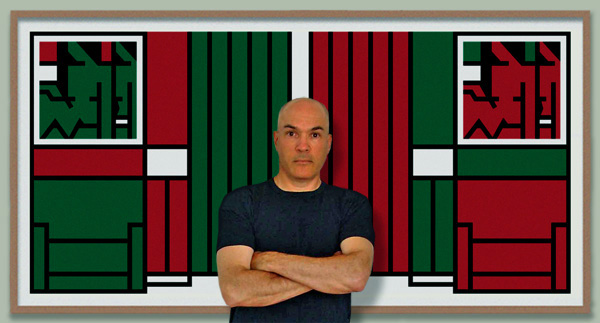 He graduated from the State University of New York with a Bachelor of Fine Arts degree.
While in college, he studied Taekwondo (태권도; 跆拳道), a Korean martial art and the national sport of South Korea.

After college, Kessel moved to San Francisco where he studied Aikido (合気道 Aikidō), a Japanese martial art developed by Morihei Ueshiba. Aikido is performed by blending with the motion of the attacker and redirecting the force of the attack rather than opposing it head-on. This requires very little physical strength, as the aikido practitioner “leads” the attacker’s momentum using entering and turning movements. The techniques are completed with various throws or joint locks. 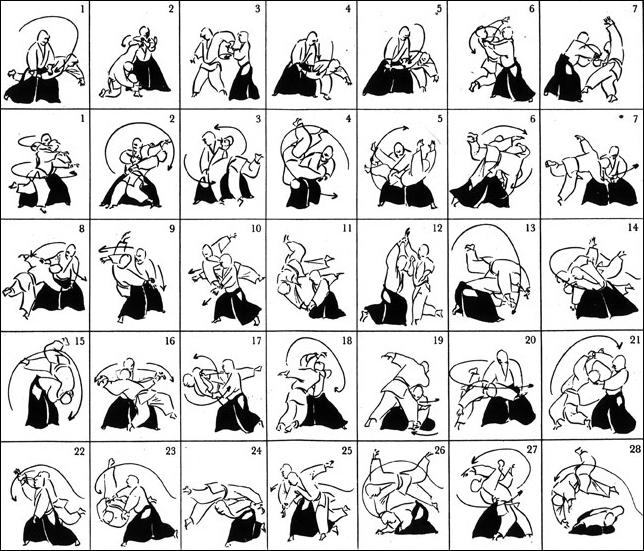 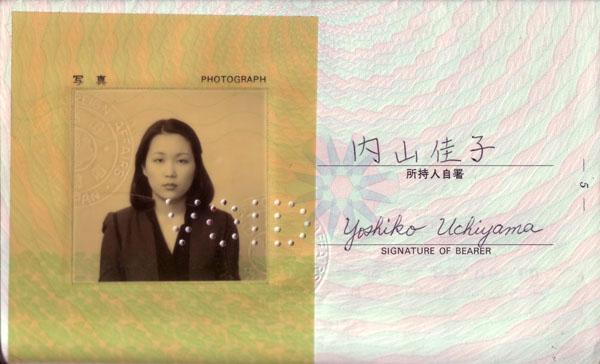 Kessel continued his studies by moving to Tokyo, Japan to study directly under Tohei at the world headquarters of Aikido, Ki no Kenkyūkai (気の研究会), an aikido organization founded by Koichi Tohei, a disciple of Ueshiba. The official Japanese name of the organization is Shin Shin Toitsu Aikido Kai (心身統一合気道会).

While in Japan, Kessel also studied Ōmori-ryū (大森流) school of iaijutsu at the Nippon Budokan ((日本武道館). Iaijutsu, the art of drawing the sword, is one of the Japanese martial disciplines in the education of the classical warrior.

Kessel and his wife moved back to New York City. He worked as an Art Director, Graphic Designer and Illustrator for New York City advertising agencies for over 20 years on these accounts; 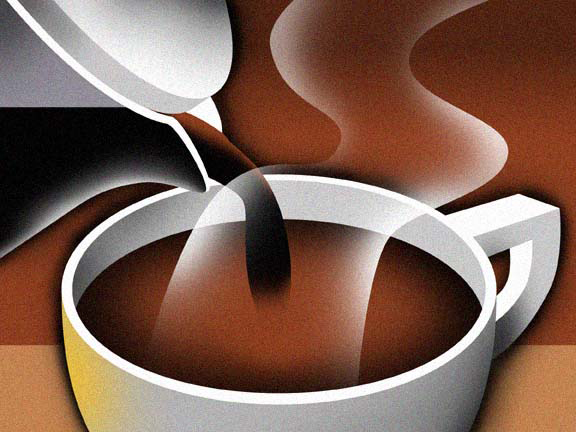 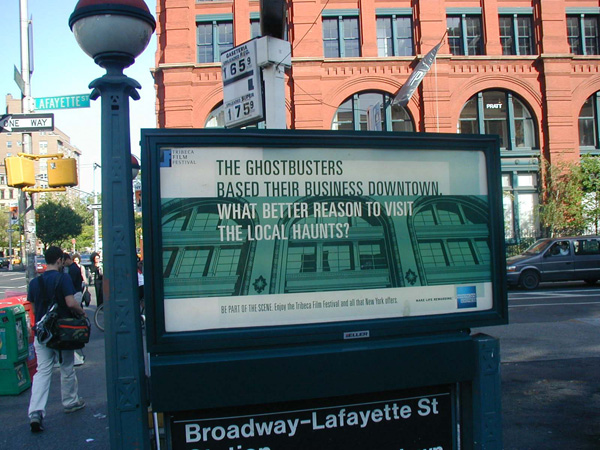 Throughout his career, Kessel has worked on high profile projects for a variety of clients. Since 2000, he has run his own agency in Connecticut with smaller regional clients in CT, RI, MA, NY. He brings the same creative thinking and attention to detail to clients whatever their size. Some of his clients include; 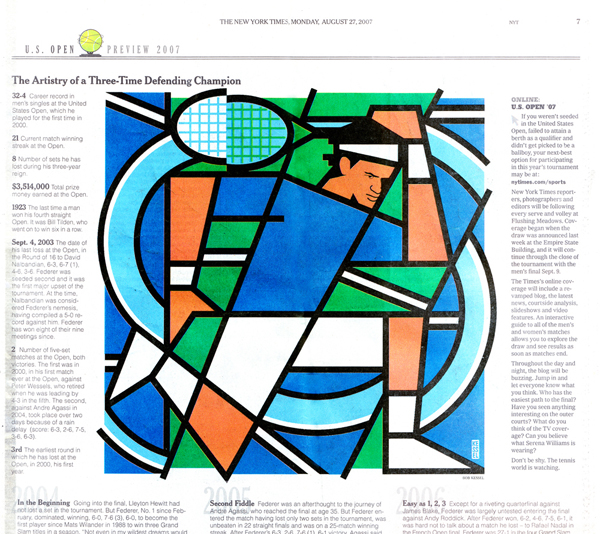 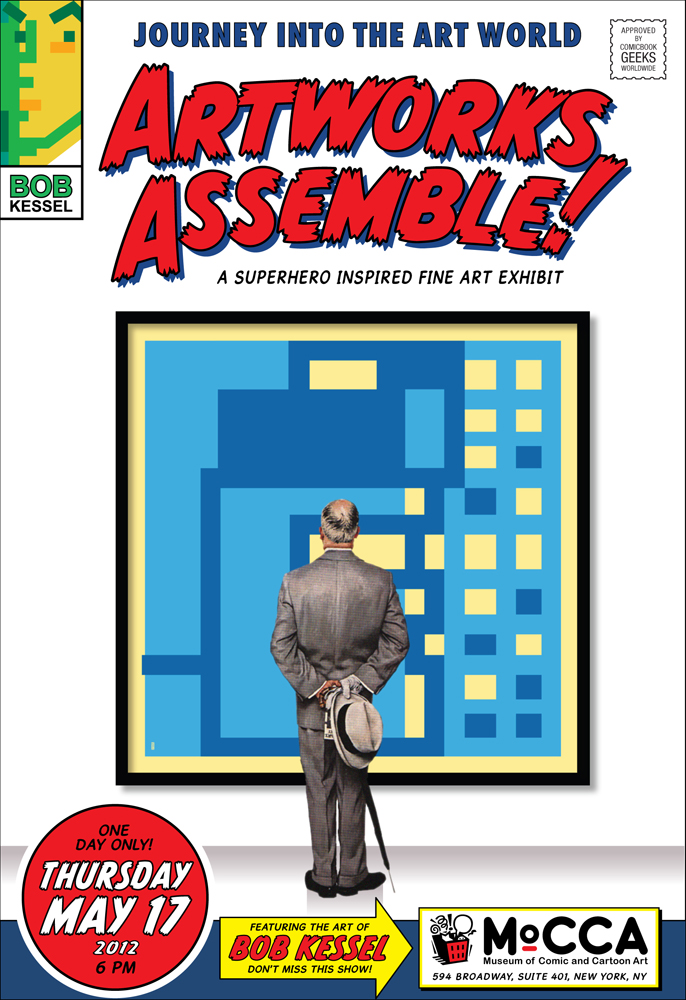 Bob Kessel has been married for over 30 years and has two children, a son, Ken, and a daughter, Kay.

“The ability to simplify means to eliminate the unnecessary
so that the necessary may speak.”

This remark provides a clue to an aspect of Bob Kessel’s work that his apparent iconoclasm and irreverence have tended to conceal. He has remained in an important way a classical artist.

Along with the images of Shunga and Sailboats and Pulp magazines, there has been an abiding commitment to composition, which is the whole point of Western art.

The language of form is what guides him to what lies behind his trivialized subjects, whether they come from pop culture or the history of art.

What makes it conventional is in part the concern for composition. It really gets to be a formal involvement. There is a natural sense of position, analagous to a sense of time in music- and things look right or wrong, in this purely formal way, not related to the subject. You have to make that work. Most of the effort in Bob Kessel’s art is to adjust to this sense of spatial order.

Bob Kessel’s art can be enjoyed on a number of levels, not the least as pure eye candy indulgence. But it also forces those who would dismiss his technique as lazy, pop-induced ephemera to reconsider the amount of decision-making that went into his art.

Like all great artists, he used what was around him for inspiration, commentary, and, in Kessel’s case, a healthy amount of deconstructionist verve and wit.

In that regard, he isn’t so different from generations of jazz players who have used musical quotation as part of the improvisational process — take away the quote and there’s a lot less to talk about all of a sudden.

Kessel’s development as a mature painter was marked by his propensity for working in successive series or thematic groups. The later groups tended to be interpretations and to some extent parodies of earlier Modernist styles – Cubism, Futurism and Expressionism.

“All my art is in some way about other art, even if the other art is cartoons”, Kessel once said — and he was right. All his art is about art, not really about life, which makes it all the more important to have some sense of what he knows about art — what he likes, what he knows, what influenced him.

The basic joke, though, stands firm. Kessel works patiently through a lot of more or less obvious art-historical references — Monet, Picasso, Cezanne, Van Gogh, Klimt, — rendering each of them in some amusingly jarring, art-type way.

Kessel’s own obsession begins to show through. He is, it appears, completely obsessed — again, to a strangely post-modern degree — with the arbitrariness of the conventions through which Western Art renders a three-dimensional world of experience onto a two-dimensional surface of optical perception.

And of course he’s right — this code is, indeed, arbitrary and strange. An instance of this whole issue of codified visual language seems to have revolved around the way in which a square, say, with a couple of diagonal lines across it instantly signals to us a nude, despite the fact that it does not look much like a nude and has none of the actual qualities of a nude, such as depth and volume.

So many contemporary artists seem to congratulate themselves on believing in nothing (whereas, of course, the whole fact that they consider nihilism as preferable to the alternative frantically signals a whole host of beliefs, some very hoary indeed, under which these same artists are labouring) it comes as a pleasant surprise to see, there with the self-deprecating humour, something very like a belief in the ability of art to help people understand their world — one tiny aspect of it, anyway.

But then it has to be said that Bob Kessel also comes across, very clearly, as an extremely pleasant, likeable, humane sort of person, never taking himself too seriously, and always experimenting, trying to grow, even when he might have been best advised to keep hoeing the same productive furrow.

“There is a beautifully visceral quality to Bob Kessel’s artwork that forces one to experience it. Hands, faces, lips, legs burst out from a fractured windowpane of colors and lines, like a Maserati crashing through a fashion show. Evocative, absurd, and witty.”

“We unfortunately live in an era when too many things are called art and too many people without an idea in their heads are called artists. Bob Kessel goes against that particular grain. His work crystallizes the very concept of art. He distills all of the important elements of modernism in service to an elegant idea of what visual art should be at this point in time. In short, it’s good stuff. The man’s an artist.”

“Bob Kessel is a thrilling artist — delicate and dynamic at the same time. His pictures often have a perfection that makes one proud to be human.”

“Mr. Kessel’s artwork is a truly original vision. It evokes a unique modernistic quality that is not cliche. It has a bold fresh quality to it. Bravo!”

“Bob Kessel has a style that’s so unique he can interpret famous classic art, and call it his own. I am so fortunate to have one of his earlier works hanging in my living room.”

“Bob Kessel has a bold, fresh, vision with a talent for distilling a concept or perspective down to it’s simplest truth. He can do this in a way that also reveals a wry wit and intelligence.”

“Bob, I have to tell you how impressed I am with you. Unfortunately these days it can be so easy to become cynical and burnt out. Yet you seem to be always evolving, growing and pushing foward! You have a very impressive body of beautiful work. Very inspiring. Its nice to be able to say that I still know a true artist.”

“Bob Kessel is an incredible artist. His vast portfolio of art that he has created is astonishing. He is one of today’s living, breathing modern artists. Go to his website to be amazed.”

I can easy sum up Bob’s fantastic body of work in one word. “INSPIRING”. Bob work keeps getting better and better. I’m very moved by his creative commitment. “Where on earth does he find the time”!

“Bob Kessel is one of those rare artists whose work exquisitely combines both imagination and craft. “

“Bob Kessel is a marvelous artist with a unique vision. Two of his works hang proudly in our studio”

“Bob Kessel’s ever-evolving body of work represents the beautiful process of raw talent combined with intellect and wit. From small, whimsical scenes of intimate everyday life, to his glorious abstractions and deeply individual reinterpretations, one never fails to be struck by the loveliness and power of Mr. Kessel’s art.”

“Bob Kessel is a savvy artist who will play with any idea. He will stretch and mold it to its brink, until it has taken on a whole new perspective. Not only does he make these sometimes overlooked aspects beautiful but reveals an edgier, better side to them”

“Bob Kessel’s art always inspires me, I love the enticing use of color, and the variety of themes and concepts. It is art with wit and energy that says something. In a world of bland, mass-produced everything, I always look forward to the new collections that Bob Kessel creates – – not only things of beauty but incredible art with impact, imagination and a unique approach.”

“What I really like about Bob Kessel’s art is that I continually get to learn more about other artists when I look at his work. His versions of the great masters works are fascinating! And while I started life as a lover of realism in paintings – I’ve been converted by the content of Bob’s abstract pieces. I still love the pieces that include one of his paintings inside paintings the best!”

“The Bob Kessel Art History series is strong and arresting whether or not the viewer ‘gets’ the art historical references, and the scale transforms the inspirational sources once again, and dramatically.”

“I am always in awe of and inspired by the quality and quantity of Bob Kessel’s amazing body of work.
His expression is a fresh and unique approach with a distinct style and energy.
It is a delight to visit his website again and again to see where his journey has taken him next.”

“Bob Kessel is one of the hardest working artists around. And he’s always up for a challenge. Bob is at the top of my list of freelance illustrators I can count on, no matter the situation. His Roger Federer portrait for The Times’ U.S. Open tennis section is a classic. “