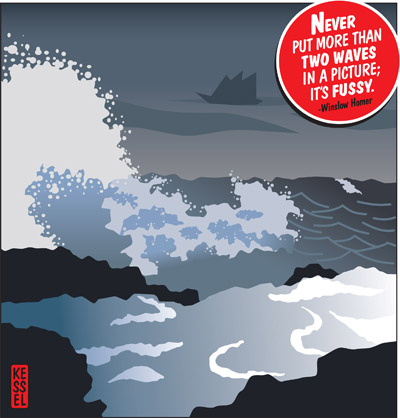 Winslow Homer was born February 24, 1836. He was an American landscape painter and printmaker, best known for his marine subjects. He is considered one of the foremost painters in 19th century America and a preeminent figure in American art.

Largely self-taught, Homer began his career working as a commercial illustrator. He subsequently took up oil painting and produced major studio works characterized by the weight and density he exploited from the medium. He also worked extensively in watercolor, creating a fluid and prolific oeuvre, primarily chronicling his working vacations. 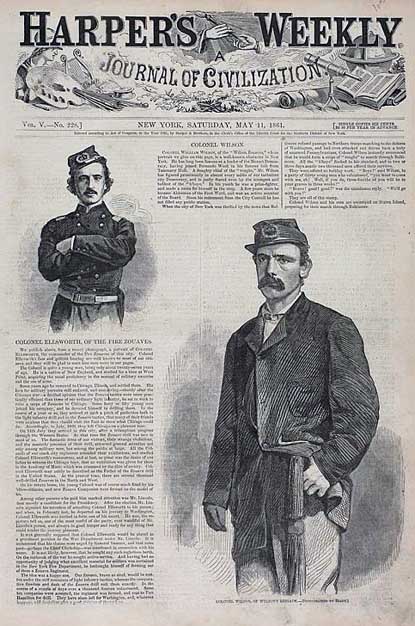 Homer’s career as an illustrator lasted nearly twenty years. He contributed to magazines such as Ballou’s Pictorial and Harper’s Weekly, at a time when the market for illustrations was growing rapidly, and when fads and fashions were changing quickly. His early works, mostly commercial engravings of urban and country social scenes, are characterized by clean outlines, simplified forms, dramatic contrast of light and dark, and lively figure groupings — qualities that remained important throughout his career. His quick success was mostly due to this strong understanding of graphic design and also to the adaptability of his designs to wood engraving.

Homer died in 1910 at the age of 74 in his Prout’s Neck studio and was interred in the Mount Auburn Cemetery in Cambridge, Massachusetts. His painting, Shooting the Rapids, Saguenay River, remains unfinished. 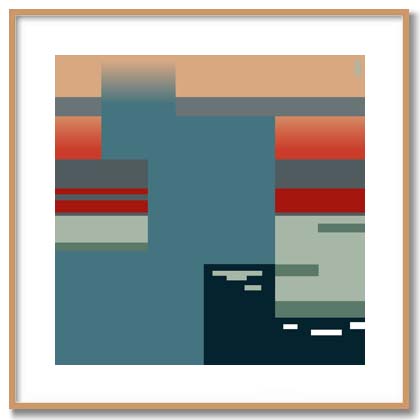 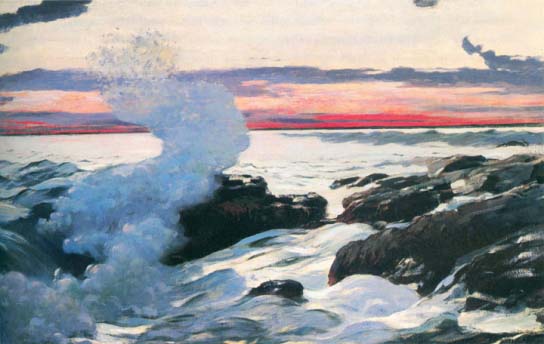