“For me, a landscape does not exist in its own right,
since its appearance changes at every moment;
but the surrounding atmosphere brings it to life–
the light and the air which vary continually.” 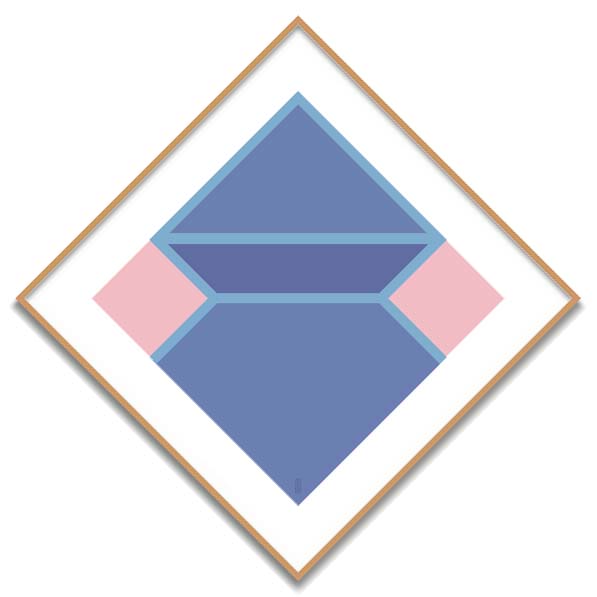 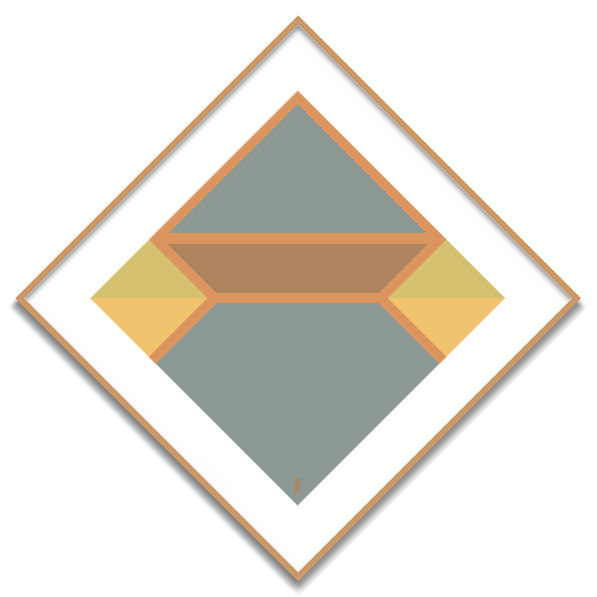 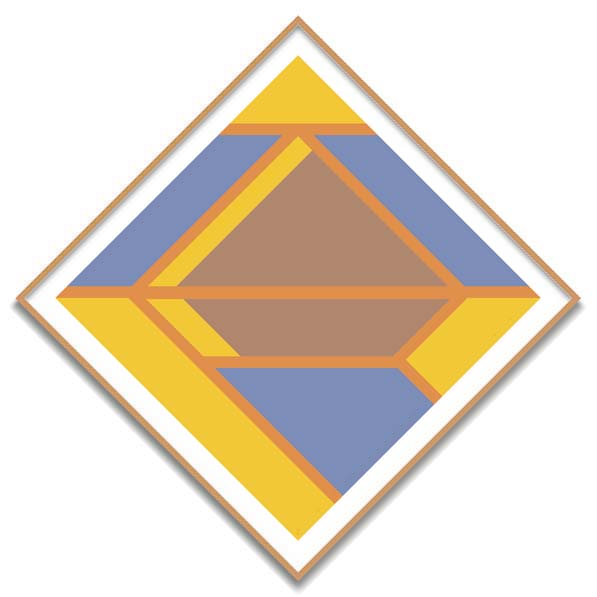 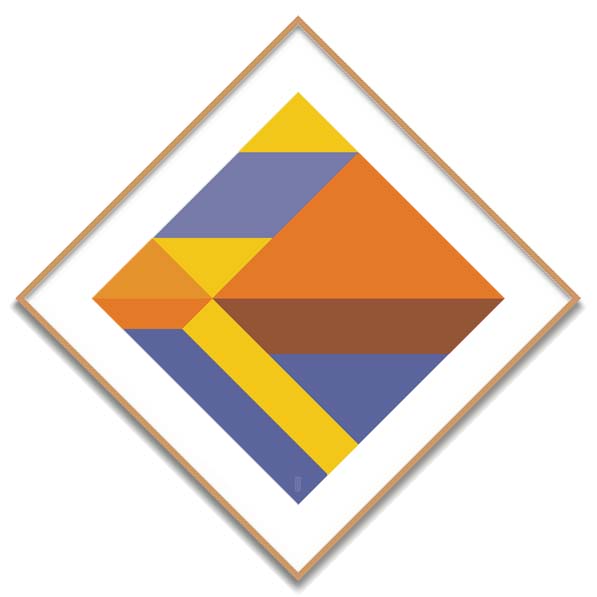 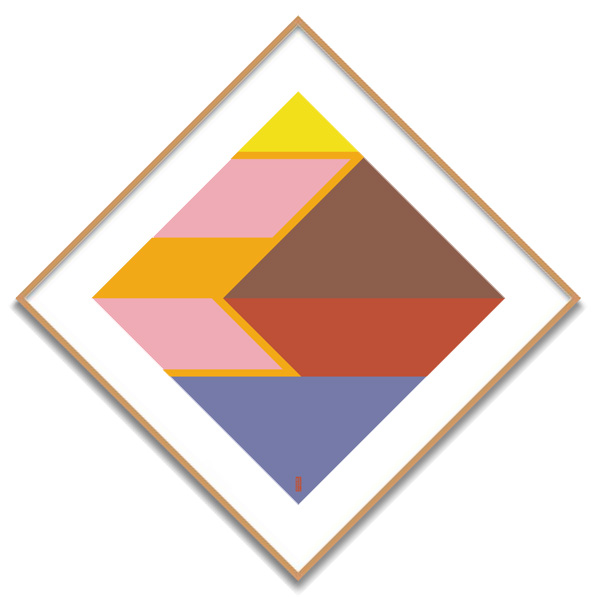 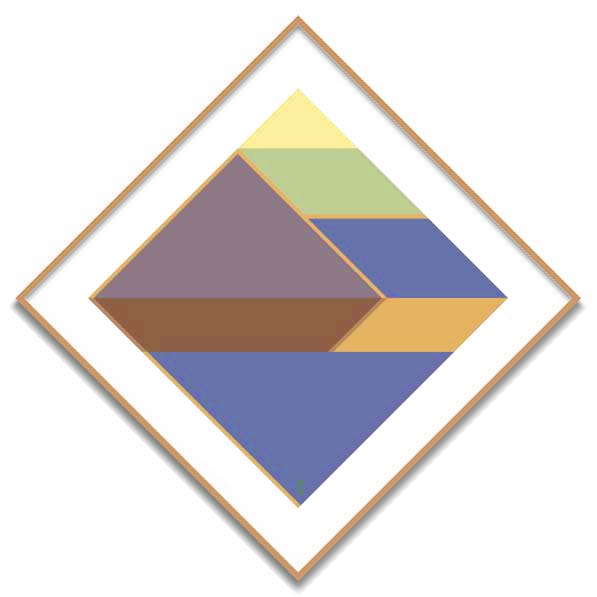 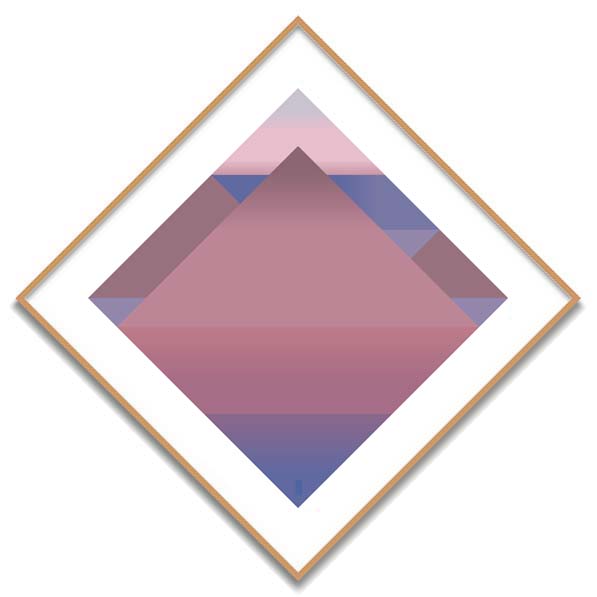 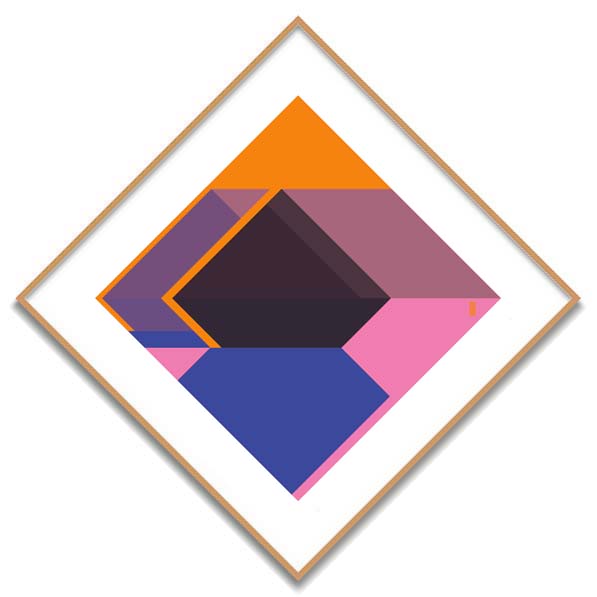 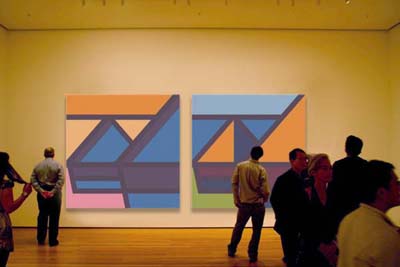 From TWO FOR THE MONET art series by Bob Kessel 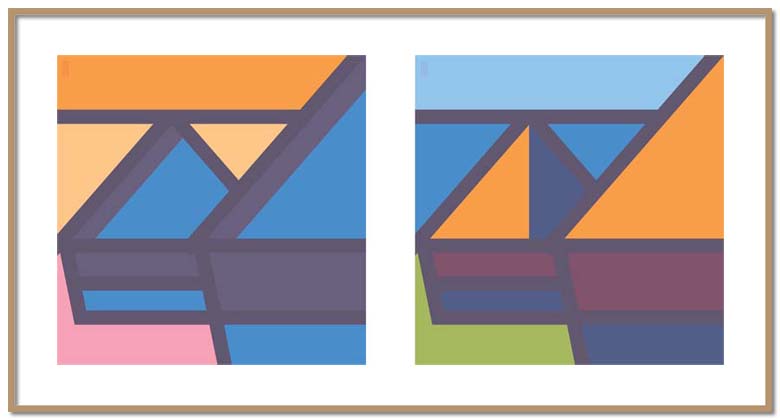 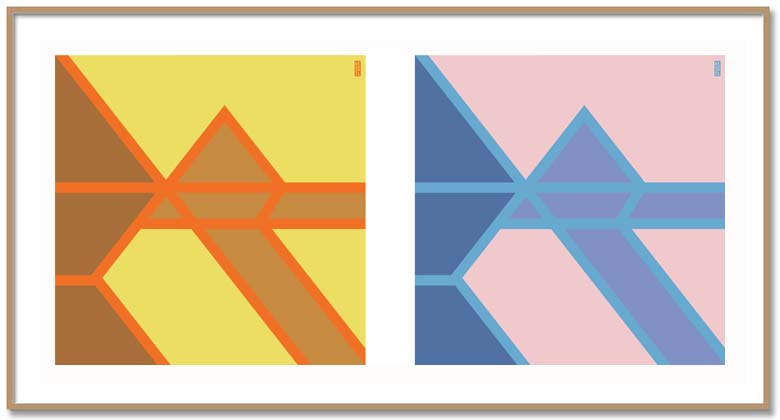 HAY IN FIELD by Bob Kessel 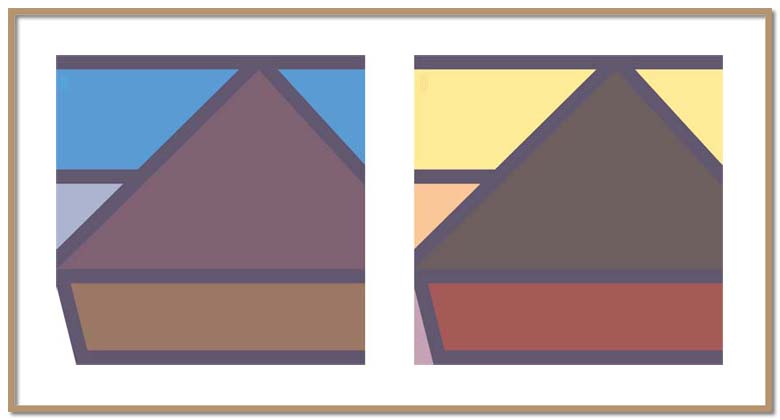 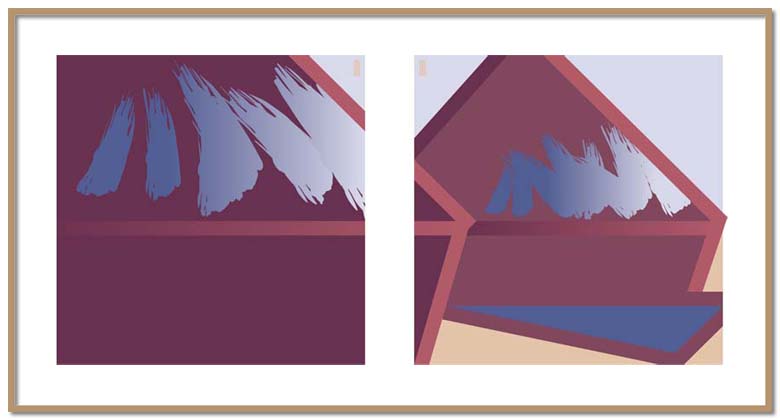 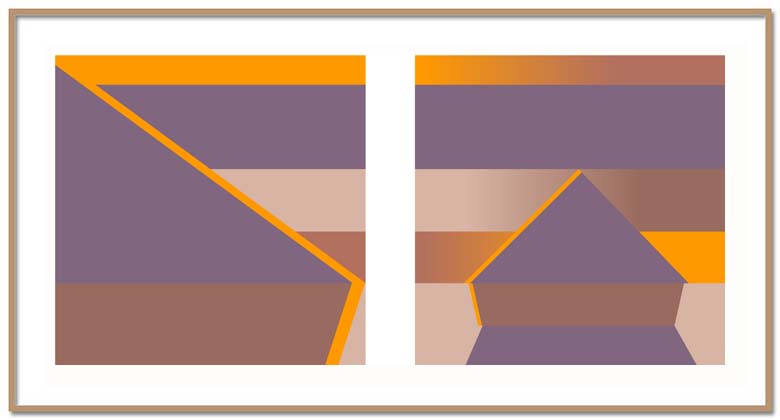 GRAINSTACKS A by Bob Kessel 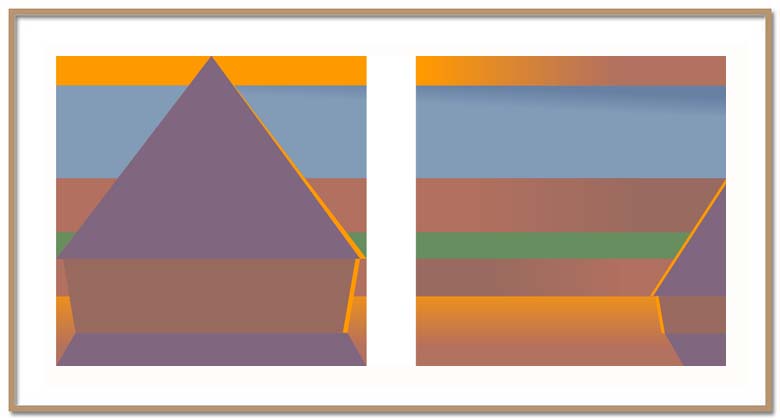 GRAINSTACKS B by Bob Kessel 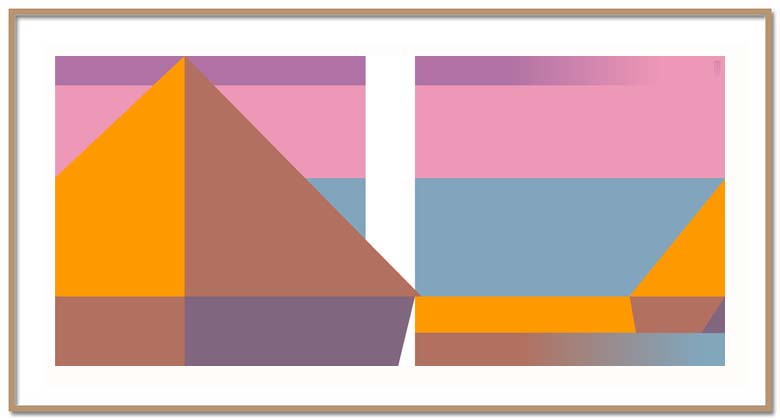 Haystacks is the title of a series of impressionist paintings by Claude Monet. The primary subjects of all of the paintings in the series are stacks of hay that have been stacked in the field after the harvest season. The title refers primarily to a twenty-five canvas series begun the autumn of 1890 and continued through the following spring, using that year’s harvest. Some use a broader definition of the title to refer to other paintings by Monet with this same theme. The series is known for its thematic use of repetition to show differences in perception of light across various times of day, seasons, and types of weather. The subjects were painted in fields near Monet’s home in Giverny, France.

The series is among Monet’s most notable works. Although the largest collections of Monet’s work are held in Paris at the Musée d’Orsay and Musée Marmottan Monet, Boston, Massachusetts at the Museum of Fine Arts, New York City at the Metropolitan Museum and Museum of Modern Art and Tokyo at the National Museum of Western Art, six of the twenty-five haystacks pieces are currently housed at the Art Institute of Chicago in Chicago, Illinois, United States The Museum of Fine Arts in Boston, Massachusetts, United States holds two, and The Louvre in Paris, France holds one. Other museums that hold parts of this series in their collection include the Hill-Stead Museum in Farmington, Connecticut (which also has one of five from the earlier 1888-9 harvest), National Gallery of Scotland in Edinburgh, Scotland, United Kingdom, Minneapolis Institute of Arts in Minneapolis, Minnesota, United States, Kunsthaus Zürich in Zürich, Switzerland, and Shelburne Museum, Shelburne, Vermont, United States.

Monet settled in Giverny in 1883. Most of his paintings from 1883 until his death 40 years later were of scenes within 2 miles of his home. Indeed, the haystacks themselves were situated just outside his door. He was intensely aware of and fascinated by the visual nuances of the region’s landscape and the variation in the seasons.

Monet had already painted the same subject in different moods. However, as he matured as a painter, his depictions of atmospheric influences were increasingly concerned not only with specific effects, but with overall color harmonies that allowed for an autonomous use of rich color. The conventional wisdom was that the compact, solid haystacks were both a simple subject and an unimaginative one. However, contemporary writers and friends of the artist noted that Monet’s subject matter was always carefully chosen, the product of careful thought and analysis. Monet undertook a study of capturing their vibrance under direct light, and juxtaposing the same subject from the same view in more muted atmospheric conditions. It was not unusual for Monet to alter the canvases back in his studio, in search of harmonious transitions within the series.

The Haystacks series was a financial success. Fifteen of these were exhibited by Durand-Ruel in May 1891, and every painting sold within days. The exhibit met with great public acclaim. Octave Mirbeau described Monet’s daring series as representing “what lies beyond progress itself.” Others described the grainstacks as “faces of the landscape,” and viewers seemed to take assurance that the series would help preserve rural traditions despite industrialization and urbanization. They represented the countryside as a retreat from daily problems and home for contentment with nature. Camille Pissarro said “These canvases breathe contentment.” Most of the paintings sold immediately for as much as 1,000 francs. Additionally, Monet’s prices in general began to rise steeply. As a result, he was able to buy outright the house and grounds at Giverny and to start constructing a waterlily pond. After years of mere subsistence living he was able to enjoy success.