“ART HISTORY” is an art series by Bob Kessel featuring pictures based on famous artist’s paintings throughout history like the OTTO DIX inspired print “DAME MITT REIHER” shown below. These pictures are available as signed and numbered limited edition fine art prints. Contact Bob Kessel for pricing and availability. 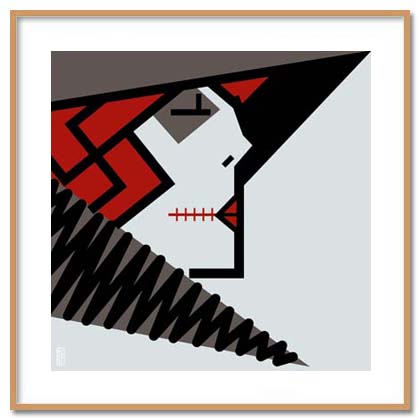 Wilhelm Heinrich Otto Dix (1891 – 1969) was a German painter and printmaker. Noted for his ruthless and harshly realistic depictions of Weimar society and of the brutality of war, he, along with George Grosz, is widely considered one of the most important artists of the Neue Sachlichkeit.

Dix was a contributor to the Neue Sachlichkeit exhibition in Mannheim in 1925, which featured works by George Grosz, Max Beckmann, Heinrich Maria Davringhausen, Karl Hubbuch, Rudolf Schlichter, Georg Scholz and many others. Dix’s work, like that of Grosz—his friend and fellow veteran—was extremely critical of contemporary German society and often dwelled on the act of Lustmord, or sexual murder. He drew attention to the bleaker side of life, unsparingly depicting prostitution, violence, old age and death.

Among his most famous paintings are the triptych Metropolis (1928), a scornful portrayal of depraved actions of Germany’s Weimar Republic, where nonstop revelry was a way to deal with the wartime defeat and financial catastrophe, and the startling Portrait of the Journalist Sylvia von Harden (1926). His depictions of legless and disfigured veterans—a common sight on Berlin’s streets in the 1920s—unveil the ugly side of war and illustrate their forgotten status within contemporary German society, a concept also developed in Erich Maria Remarque’s All Quiet on the Western Front.

When the Nazis came to power in Germany, they regarded Dix as a degenerate artist and had him sacked from his post as an art teacher at the Dresden Academy. He later moved to Lake Constance. Dix’s paintings The Trench and War cripples were exhibited in the state-sponsored Munich 1937 exhibition of degenerate art, Entartete Kunst. They were later burned. 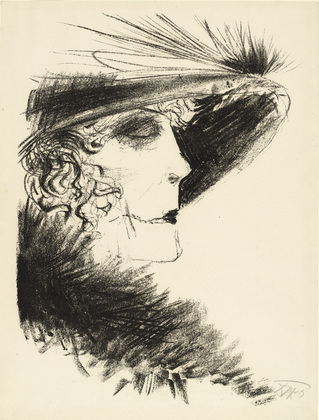