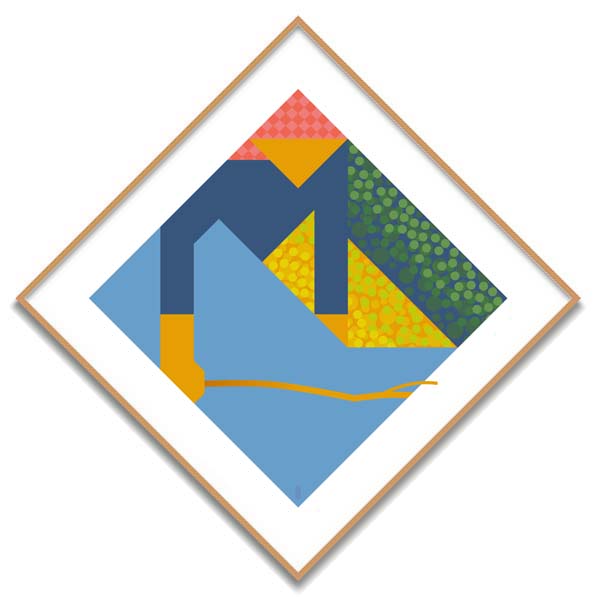 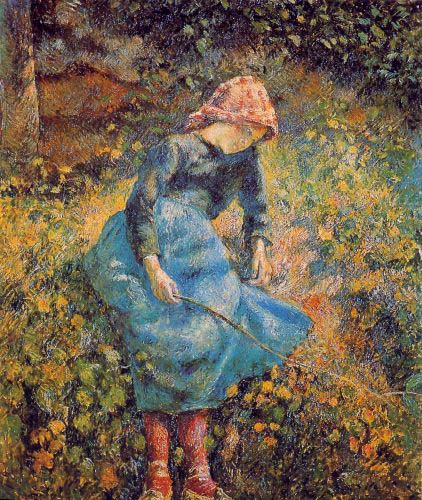 “JEUNE FILLE” by Bob Kessel, based on the works of Peter Paul Rubens, can be purchased as a signed and numbered limited edition original fine art print. Contact Bob Kessel for prices and availability.

Camille Pissarro, French Impressionist artist, was born in St. Thomas, in the West Indies in 1830 into the family of a merchant. His father was of French-Jewish origin, his mother was a Creole. First Camille started his career as a businessman, like his father, but his obsession with painting changed the direction of his life. In 1852 he got acquainted with the Danish painter F. Melbye and spent about two years with him in Caracas.

In 1855, he came to Paris, where he was impressed by the landscapes of Corot. He painted in Paris and in its suburbs; in 1859, he was admitted to the Salon. In 1859-1861, he attended the Académie Suisse and formed friendships with Monet, Guillaumin and Cézanne. Approximately at the same time his liaison with Julie Vellay started; they would marry ten years later, in 1871; they had eight children; their two sons, Lucien Pissarro (1863-1944), and Georges Pissarro (1871-1961) would both become the artists.

Rejected by the Salon in 1861 and 1863, Pissarro showed at the “Salon des Refusés” in 1863. Though in 1864-68 he exhibited at the Salon, his pictures were not popular with public, nobody bought them, and financial difficulties started.

In 1866-68, Pissarro lived and worked in Pontoise, painted landscapes in which he changed from Barbizon Realism of Corot to Impressionism; in 1869/70 he moved to Louveciennes, where many of his paintings were destroyed by German troops during the occupation of Louveciennes in the Franco-Prussian War of 1870/71. The artist at the time stayed with his family in London.

Pissarro’s friend, the painter Daubigny, recommended him to the art dealer Durand-Ruel, who did much for promotion of the Impressionists’ works; he would organize Pissarro’s exhibitions in Paris (1883) and New York (1886).

In 1872-78, Pissarro stayed in Pontoise, working with Cézanne, on whom he exercised considerable influence. At this time his independent Impressionist style fully developed. Pissarro was the leader of the original Impressionists, and the only one to exhibit at all eight of the Group exhibitions in Paris from 1874 to 1886.

In 1885, he met Signac and Seurat and for the next five years adopted their Divisionist/ Pointillist style. Pissarro’s interest in Socialism brought him some trouble: in 1894 he had to flee to Belgium from the French persecution of Anarchists, he had become an Anarchist in 1885. In 1896 and 1898, he painted views of the town and harbor of Rouen, remaining faithful to the early Impressionist style. In 1897-1903, he mainly painted views of Paris, also Dieppe and Le Havre.