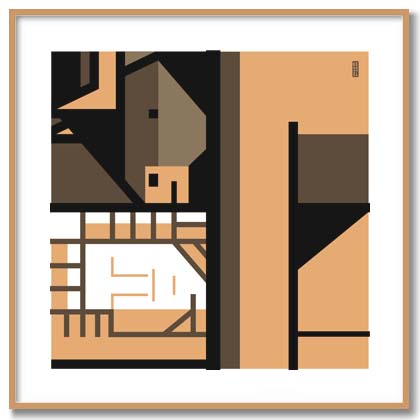 MINOTAUR OVER SLEEPING GIRL by Bob Kessel
after Pablo Picasso

Bob Kessel’s art series “HABLO PABLO” is based on the works of Pablo Picasso. These pictures and many others, can be purchased as signed and numbered limited edition original fine art prints. Contact Bob Kessel for prices and availability.

Picasso used horses and bulls, specifically the Minotaur, as representations of himself in his later works. Picasso frequently depicts “the beast” as blind, angry, and slightly confused, often led by the hand of a young girl. The Minotaur, a half-bull-half-human creature from Greek myth, lived on the island of Crete, imprisoned in the Labyrinth of the notoriously cruel king Minos. The Minotaur sated his appetites, both sexual and gastronomic, on young maidens and is frequently regarded as an icon of sexual perversion and cruelty. Picasso’s later representations, then, in which the self-referential Minotaur requires the gentle guidance of a child is ironic. The Minotaur alludes both to Picasso’s famous sexual appetites and to an emotional or psychological distance between himself and the women in his life; indeed the artist depicts himself as entirely different species from the women in these paintings! 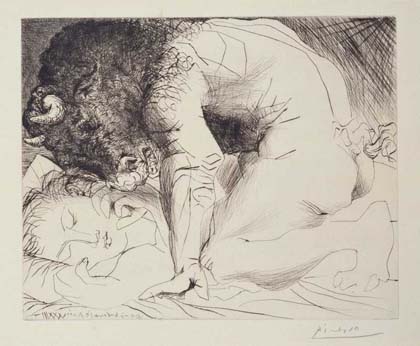