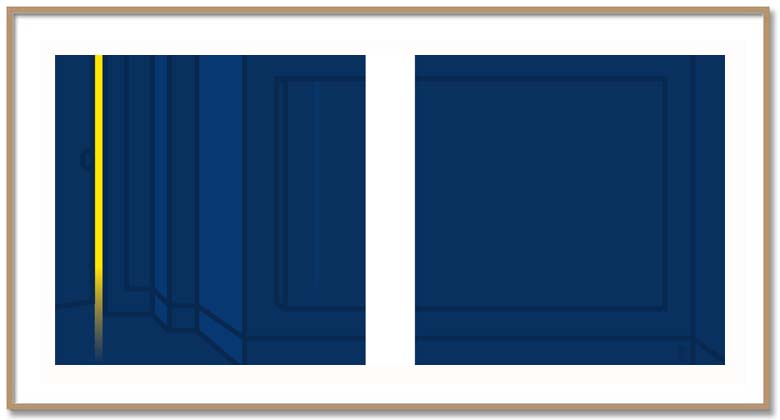 Barnett Newman 1905 – 1970 was an American artist. He is seen as one of the major figures in abstract expressionism and one of the foremost of the color field painters.

Newman was born in New York City, the son of Jewish immigrants from Russian Poland. He studied philosophy at the City College of New York and worked in his father’s business manufacturing clothing. From the 1930s he made paintings, said to be in an expressionist style, but eventually destroyed all these works.

A well respected writer and critic who also organized exhibitions and wrote catalogs, Newman later became a member of the Uptown Group.

“ What is the explanation of the seemingly insane drive of man to be painter and poet if it is not an act of defiance against mans fall and an assertion that he return to the Garden of Eden? For the artists are the first men. ”

Newman’s late works, such as the Who’s Afraid of Red, Yellow and Blue series, use vibrant, pure colors, often on very large canvases – Anna’s Light (1968), named in memory of his mother who had died in 1965, is his largest work, twenty-eight feet wide by nine feet tall.

Newman is generally classified as an abstract expressionist on account of his working in New York City in the 1950s, associating with other artists of the group and developing an abstract style which owed little or nothing to European art. However, his rejection of the expressive brushwork employed by other abstract expressionists such as Clyfford Still and Mark Rothko, and his use of hard-edged areas of flat color, can be seen as a precursor to post painterly abstraction and the minimalist works of artists such as Frank Stella.

Newman was unappreciated as an artist for much of his life, being overlooked in favour of more colorful characters such as Jackson Pollock. The influential critic Clement Greenberg wrote enthusiastically about him, but it was not until the end of his life that he began to be taken really seriously. He was, however, an important influence on many younger painters.