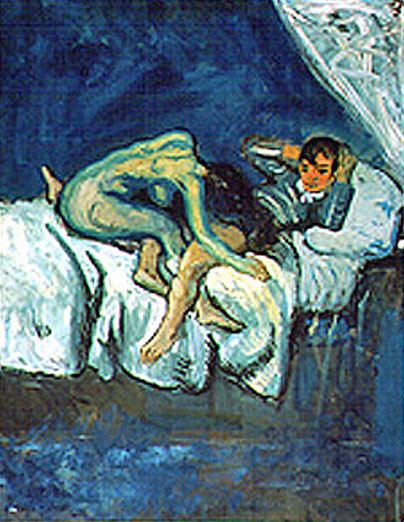 SELF PORTRAIT by Pablo Picasso

Picasso was still a teenager when he first arrived in Paris. Alone in a strange city, we know he sampled the Pigalle girls because he memorialized his experience with the self portrait shown above. 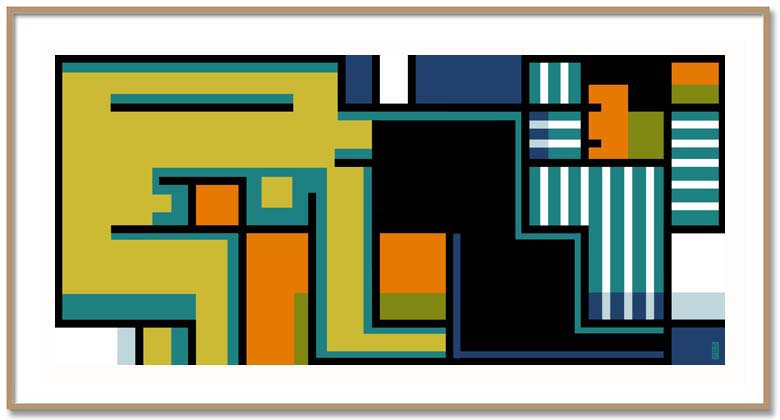 PICASSO IN PARIS by Bob Kessel
after Pablo Picasso

“PICASSO IN PARIS” by Bob Kessel, can be purchased as a signed and numbered limited edition original fine art print. Contact Bob Kessel for prices and availability.

Casagemas went to Paris with Picasso to see one of Picasso’s works at the Exposition Universelle, and afterward the pair remained in the city to enjoy a free-spirited bohemian lifestyle. Paris circa 1900 was a liberating place, and Picasso and Casagemas took in as much of the cafes, cabarets, and general wildness as they could afford. Things became complicated by Casagemas’ love for a young woman called Germaine, particularly when Germaine wanted to break off the affair and could not be persuaded otherwise.

Picasso and Casagemas returned to Spain, but Casagemas soon left for Paris again on his own. He was still tormented by Germaine and while with some friends at Montmartre’s L’Hippodrome Café, Casagemas pulled out a pistol and shouted at Germaine, “Voila, pour toi!” and fired at her. She collapsed to the ground and then Casagemas shouted, “Et voila, pour moi!” and shot himself in the temple. Casagemas was dead, but his first shot had missed Germaine. She had thrown herself on the floor as he fired the shot and was hiding under the table.

The news of Casagemas’ death left all the young men of his generation stunned, but none so much as Picasso. The events echoed in the mind of this young artist and he became haunted by grief, guilt, responsibility, the specter of death, and his own need for redemption and absolution. He tried desperately to internalize this horror but, back in Paris several months later, it detonated with explosive van Gogh-like brush strokes and intense colors.

Picasso painted “Head of the dead Casagemas” in 1901. It can be taken as a joke, or a visual pun, but he had discovered that a candle flame not only looks like a vagina, but indeed such a form should be present, since a vagina, after all, helped to destroy Casagemas. 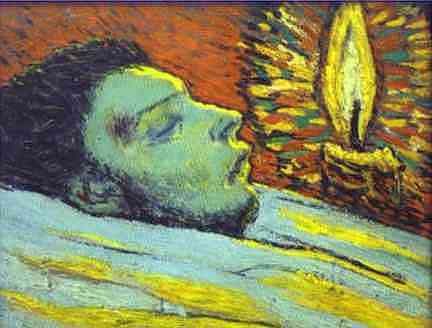 Head of the dead Casagemas by Pablo Picasso