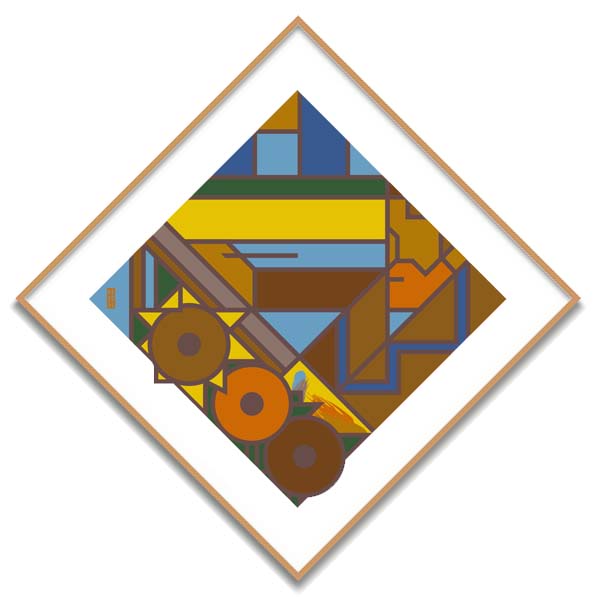 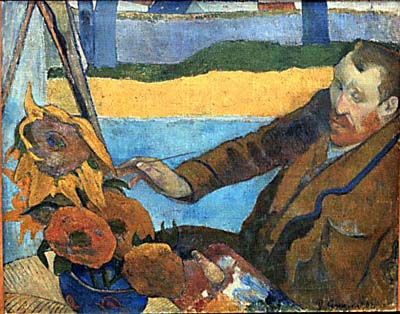 Gauguin’s arrival in Arles on October 23 1888 signaled the inauguration of the Studio of the South. The following two months, during which the artists lived, ate, and worked together, were marked by an intensity that van Gogh described as “excessively electric,” as they debated aesthetic influences and working methods and sought to refine and maintain their individual artistic identities. Van Gogh, who painted very rapidly, applying thick coats of pigment, preferred working from models or directly from nature.

Gauguin, on the other hand, counseled: “art is an abstraction; extract it from nature while dreaming in front of it,”

and preferred to work from memory, building up thin layers of color in a slow, methodical style.

Testing their theories, the two artists painted a number of identical motifs side by side. In the ancient Roman cemetery known as the Alyscamps, Van Gogh worked with characteristic speed, quickly producing what he called “a study of the whole avenue, entirely yellow.” Gauguin proceeded more deliberately, creating a more abstract composition featuring three Arlésiennes (women of Arles), whom he ironically referred to as “the three graces.” Later the artists produced similarly divergent results in their depictions of the proprietress of the local café: Van Gogh’s Night Café and Gauguin’s The Arlésienne (Madame Ginoux).

As winter approached, the two artists were increasingly confined to the tiny yellow house. Their aesthetic debates intensified and the tension of living and working together soon proved to be too great; Gauguin began to speak of returning to Paris. At the end of December, van Gogh, distraught, threatened Gauguin with a knife, then cut off part of his own ear. Gauguin fled, never to see van Gogh again.