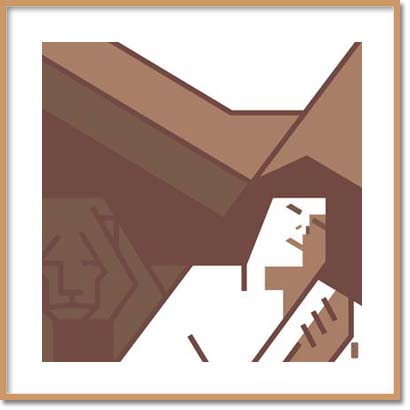 Bob Kessel has created an art series titled, “BIBLE”. It features pictures based on the works of famous artists throughout history like the picture “DANIEL IN THE LION’S DEN”  originally by Peter Paul Rubens, shown above and the picture “DOUBTING THOMAS” shown below based on a painting by Caravaggio. These pictures are available as signed and numbered limited edition fine art prints. Contact Bob Kessel for pricing and availability. 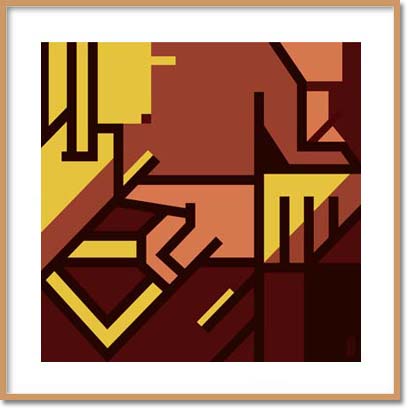 Also known as Saint Thomas Putting his Finger on Christ’s Wound. Thomas is one of Jesus’ twelve apostles. When Jesus shows himself to his followers after his resurrection, Thomas refuses to believe that this man really is his master. He demands evidence. Jesus shows him the wound caused by a Roman soldier’s lance before his crucifixion. He invites Thomas to put his finger on it. Caravaggio shows that Thomas soon casts aside all doubt.

Almost identical copies of this painting and that of the Pilgrimage to Emmaus were found in a church in the French town of Loches, in 1999. After investigation, it was announced in 2006 that both works were authentic Caravaggios. Both contain the shield of arms of Philippe de Bethune, a friend of Caravaggio’s and French ambassador in Rome. Records show that Bethune acquired four paintings from the painter. Caravaggio often made several copies of his own paintings. 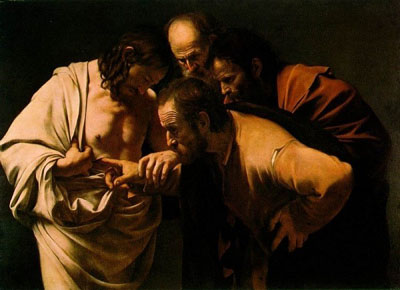 Caravaggio is particularly renowned for his use of chiaroscuro, a technique that uses light and dark to achieve a 3-D effect. Caravaggio breaks away from the tradition of symmetrical figures and detailed backgrounds. His figures do retain a traditional monumentality. His later work is less plastic.

Caravaggio takes his name from the village where he was born. He receives his first training in Milan, specializing in still-lives. Around 1592 he takes to Rome, the spiritual capital of the Italian peninsula, switching his subject matter to street-life and young boys.

In 1595 Caravaggio’s talent catches the eye of cardinal Francesco Del Monte, who subsequently becomes his first patron. Caravaggio’s three paintings on the life of St Matthew cause a sensation: never before has a saint, let alone an apostle, been shown like this. (calling, inspiration, martyrdom) After this succès fou, Caravaggio takes all his subjects from the New Testament.

Caravaggio’s life is as turbulent as his personality. He has many run-ins with the law and is arrested on several occasions. In 1606 a bet over a game of tennis leads to an argument, at which point Caravaggio draws his sword and kills his opponent. He flees to Naples, intending to take the long way home to Rome – where friends are lobbying for his rehabilitation – via Malta and Sicily. On his wanderings he produces several masterpieces, such as The Beheading of St John the Baptist, which he creates in Malta. He dies before reaching Rome, probably of pneumonia, in Porto Ercole. Several days after his death word arrives of papal absolution.

Caravaggio’s influence is widespread: outside Italy he inspires painters as diverse as Georges de La Tour and members of the Utrecht School, e.g. Gerrit van Honthorst – artists who in their turn are later to influence Rembrandt.