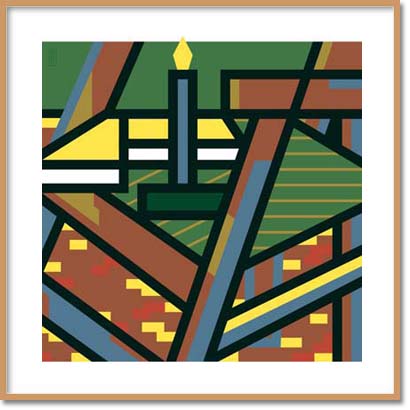 The two paintings of Vincent’s and Paul Gauguin’s chairs are among the most often analyzed of Van Gogh’s works.

The colour scheme of the two chairs is, to coin a phrase, as different as night and day. Van Gogh’s chair is executed with lighter colours suggesting daylight, whereas Gauguin’s chair is presented with darker, more somber tones.

The color composition of this work is based on variations around the pairs of primary complementaries–blue and orange, and red and green. These appear in their purest form only in occasional passages, to set the keynotes for the composition. Thus the area of purest red on the paving beneath the chair is balanced by touches of green above it and by a further stroke of green on the nearest chair leg. Van Gogh stresses structure through emphatic outlines, added later, that serve to contain areas of pure painting. The strength of these increases the impact of the image, but also creates a certain tension between line and color. In distorting the perspective of the floor and the chair leg, Van Gogh imposed his own personality upon the work, stressing the subjectivity of his view.

The pipe, handkerchief and tobacco give a focus to the picture in both narrative and pictoral terms, providing a note of neutral white at the center of the interplay of cool and warm hues. The use of blue to outline the parts of the chair increases the sense of cool draftsmanship restraining the sensuous handling of the painting.

The floor tiles are painted with the waving brushstrokes that Van Gogh often used in the backgrounds of his work at this time. Short horizontal and vertical strokes alternate in a loose mesh of reds, browns and greens. The thickness of the paint used is revealed by the heavy smear from the side of the brush that is left alongside each stroke. 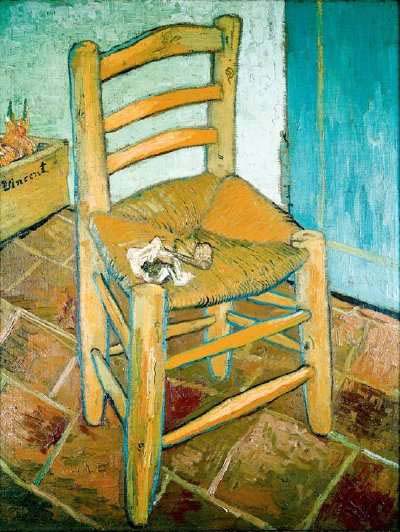 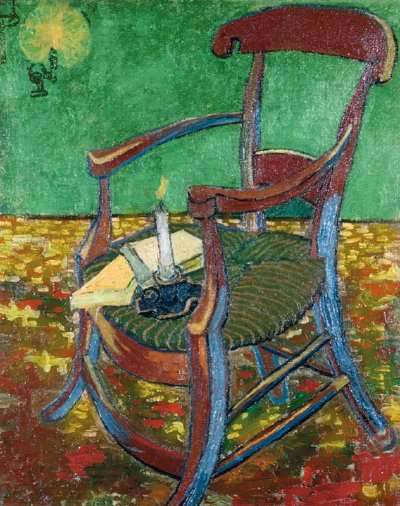